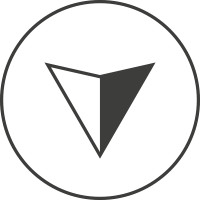 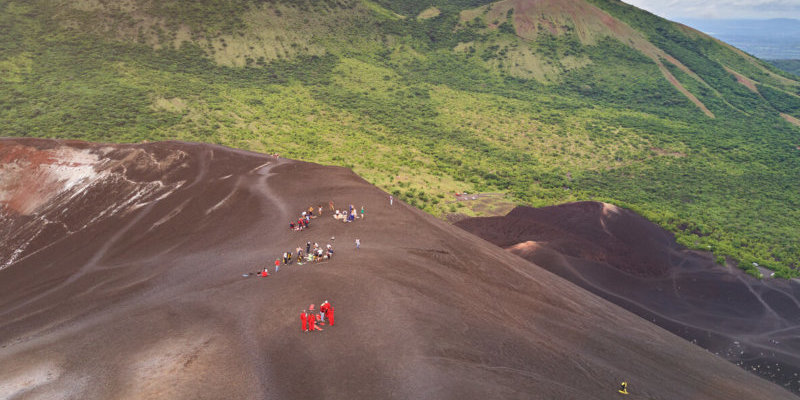 Racing down the slopes of a sizzling volcano in Nicaragua at up to 80 km/h on a wooden sled? A crazy extreme sport between thrill and pure madness. We introduce you to the crazy trend sport Vulcano-Boarding.

ACDC’s “Highway to Hell” now has a new address: Cerro Negros in the city of León in northern Nicaragua. Cerro Negros – one of the most active volcanoes in the whole country – is becoming the main attraction for many tourists and adrenaline junkies. The reason: Vulcano-Boarding.

But before you can surf down the volcano, you first have to get up to the crater – there is no slick ski lift for this literally black slope. Packed with a bulky wooden plate on your back (your sled for the downhill run), it goes step by step up the 728 meter high volcano. With every step up, not only the temperature, but also the adrenaline rises inexorably.

At the top you have to pause for a moment: An epic view over the volcanic mountain range Cordillera de los Maribios marks the end of the hike to the black monster. On favorable days the horizon reaches out to the Pacific Ocean and almost makes you forget that you are still in the middle of Central America and not in an extraterrestrial lunar landscape.

After this supernatural view, the gaze is cast back down the steep slope of the volcano – because it is now being covered on a wooden plate at about 80 km/h.

You, a wooden board and hot lava rock

There’s not much buzz before the rapid volcanic descent – slip into the overall and put on your goggles, then off you go on the wooden board, which is the vehicle for Vulcano Boarding. Fun Fact: Legend has it that a wooden board with rope has proven to be the safest and most agile method of Vulcano Boarding, alongside mattresses, house doors and even refrigerator doors.

The instructions/safety tips are rather modest: Do not scream and keep your mouth closed – unless you want to experience the taste of volcanic dust and sharp lava stones. Rope in your hand & off you go!

But instead of velvety white snow, the resisting force of pointed lava stones awaits you at Vulcano Boarding. If the beginning is still relatively bumpy, the ride will pick up speed after all after the weight shift. The further back you lean, the faster.

What feels like a second passes and you are back on safe, straight ground – at least as safe as you can be next to a volcano. What remains is the feeling of wild ecstasy combined with the desire for an ice-cold shower.

Instead of “evacuation” a real “attraction” – Vulcano-Boarding actually represents the second largest source of income in Nicaragua. A departure including food is about 30 USD. But even the risk of this extreme sport carries its price.