Kin-Ball – What is behind the sport with the XXL ball 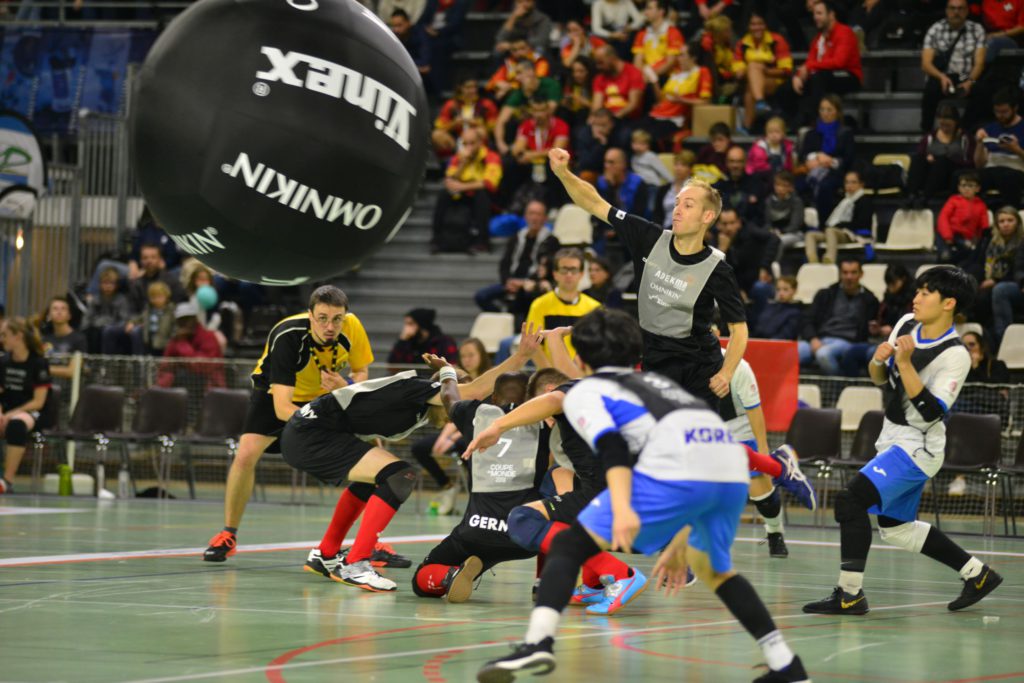 Kin-ball – a sport that many people can’t really picture. Yet there are more than 3.8 million followers worldwide and even international competitions such as European and World Championships. But what does this sport look like?

The game was invented by a Canadian sports teacher. But now the sport is not only played in school lessons, but also in club training. In Germany, there is even a German Kin-Ball association. In this article, we answer all questions about the sport.

The sport is very versatile and combines elementary skills such as coordination, endurance, speed and team spirit. In contrast to other team sports, three teams of four players always compete against each other. In international competitions, the team that scores 13 points first wins. They have a total of 7 minutes to do this. If the team fails to score within this time, it moves on to the next stage of the game. After 3 game sections the game ends and the points are added up. The team with the most points wins.

As already mentioned, the individual teams have to collect points. This happens when the ball touches the ground during reception, the ball lands out of bounds or there are touch errors. A match always starts with the serve by all four players of one of the teams. Before the serve, the serving player has to say the word “Omnikin” + the color of one of the opposing teams. The called team must now try to keep the ball in the air. To return the ball to another team, three players may hold it so that player number four knocks it away.

The most important thing for Kin-Ball is the said ball, which is quite large with a diameter of 1.22m, but still very light. Due to its peculiar trajectory, players here have to use both endurance, strength and speed.

As already described, the ball has a very peculiar flight path, which is why it is advisable never to hit the ball towards the ground. This is because it must fly at least 1.8m. In most cases, three players hold the ball, while the fourth hits it to the opponents. For this, many prefer the so-called “dredge hit”, which is already known from volleyball.

Kin-Ball is a very fascinating sport that requires a lot of physical components from the players. So if you like more complex sports, you’ll have a lot of fun with this.

Sports can also be used well in physical education classes. There are different levels to familiarize the students with the basic techniques. You can find them here.