Swimming styles – 3 ways to move forward in the water 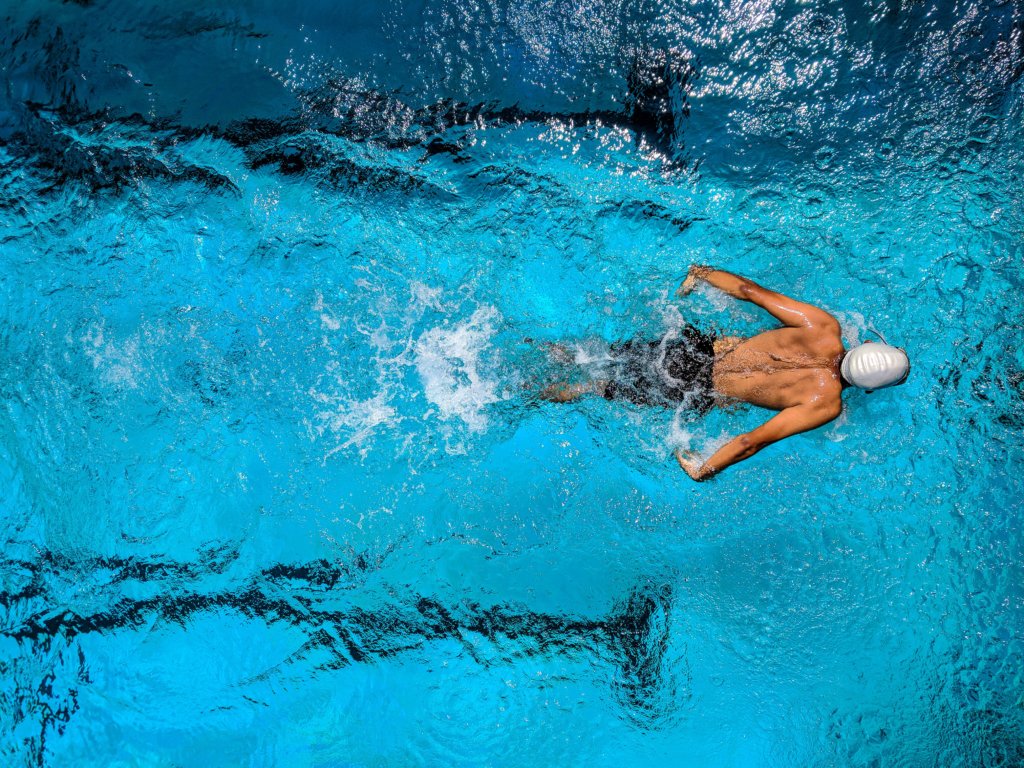 If you think that only the professionals make use of a wide variety of swimming styles, you’re wrong. Even for recreational athletes, it can be an incentive to move through water differently every now and then.

Everyone knows the sport of swimming. But not all swimming is the same. There are many different swimming styles, which makes the sport so diverse. Everyone has heard something about it, but no one has memorized it. And trying it out for yourself is even more difficult. For this reason we want to introduce you to the different swimming styles. Maybe you can try out one or the other right away during your next visit to the swimming pool.

It is probably the most common swimming style of all. Even as a beginner swimmer, it is one of the first techniques you are taught, along with the crawl. But what many do not know is that it is also one of the most complicated, and in addition, the most German.

As is so often the case, man has copied something from the animal world. Specifically from the frog. The swimmer pulls his arms and legs to his body at the same time and pushes them off again – similar to the animal model.

Before going into the water, participants receive theory classes where they learn important information and rules about the swell and surfing. For example, it is important to know when the waves are too dangerous to surf. But everyone also gets a lot to offer on land. Because nature alone is a highlight on its own.

Long distances should not be done with this swimming style. For one thing, the swimmer does not move quickly from the spot. Secondly, it puts too much strain on the neck muscles, as the swimmer keeps his head above water the whole time. It is advisable to switch to crawl at a certain point.

The competition form differs again from recreational swimming. In the official competition, the head is under water most of the time and only appears above the water surface to take a breath. Mostly this happens during the equilibrium phase. Here, too, the movement no longer resembles a frog, but rather a pair of scissors.

The backstroke is also a swimming style that everyone has seen in the pool or had to practice themselves in swimming lessons. Among recreational swimmers, this style is extremely popular because of its relaxed and recreational nature. In the pool, however, it is important to make sure that you do not hit anyone with your arms through the paddling movements.

In a competitive situation, of course, all the movements in the pool look much more professional. The swimmer glides across the water on his back, stretching his arms out long to the back. Overall, the arms have a rotating motion. In other words, if one arm is long, the other dips into the water. The legs make small paddle-like movements/strokes during the time.

In international competitions, such as the Olympic Games, the “dolphin kick” is particularly striking. This is used at the start and at the respective turning positions. This technique is allowed over a length of 15 meters and helps the swimmers to gain some more speed.

Sports never stay the same over the years. Thus, the well-known breaststroke was also modified somewhat, so that a completely new discipline was created on it – the dolphin style. Initially butterfly and dolphin were one, before 1953 both styles were declared separate disciplines.

Dolphin swimming is one of the most demanding and strenuous swimming styles there is. Unlike other styles, it requires the full use of the body. The body of the swimmer makes wave-like movements. The arms serve as a kind of rudder, which are first positioned at the level of the hips and then plunge into the water in a sweeping manner at the front.

For breathing, the head must come back to the water surface. To accomplish this, it needs a certain leg movement. Here, too, the hips play an important role. The thighs hang loosely below, whereas the lower legs are bent at the beginning. With momentum, these are shot down explosively. In technical jargon, this is also the well-known dolphin kick.

Of course, not all swimming styles are suitable for the next visit to the outdoor pool. Even if it stays with breaststroke and backstroke, you are welcome to test the different styles once and show your skills.

#FunFact: The dolphin style is the second fastest discipline after the crawl. Who would have thought it….