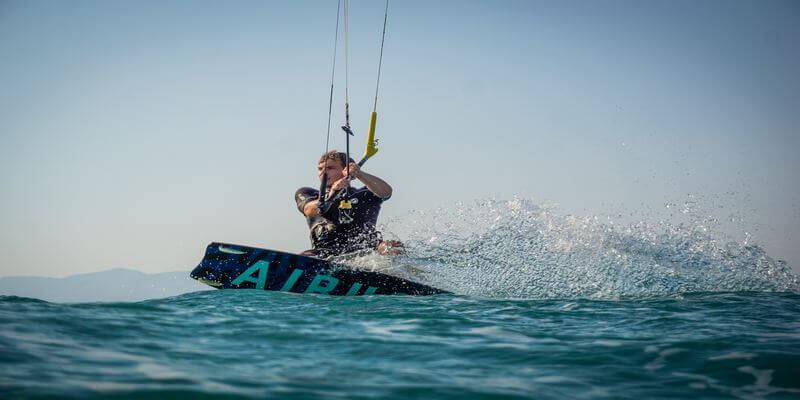 The goal: to jump as high as possible and perform breathtaking stunts at dizzying heights. The premise: going to the maximum limit! The prize: saving the ultimate title “Red Bull King of the Air 2020!” The Kite Beach in Cape Town is currently the scene of one of the most famous kitesurfing events in the world.

The “Red Bull King of the Air” is wanted for the eighth time. The event started on Saturday, runs until February 16th and this year has a very special surprise in store. There were not only changes in the competition format and the qualification criteria, for the first time in the history of the competition a female kitesurfer will be competing! So can we be curious about a “Queen” this year?

From dangerous- to trend sports

The very first “King of the Air” – competition took place on Maui/Hawaii in 2000. At that time the sport was considered extremely dangerous and only a few dared to try it. In the course of time, the equipment has been constantly improved, which has made kiteboarding rapidly popular and increasingly “easier”. However, kitesurfers only focused more on tricks near the water, which made the sport seem more like wakeboarding. It was not until 2012, in the spirit of the “Red Bull Len10 Megaloop Challenge”, that kitesurfers began surf at breathtaking heights again. So after an eight-year break, the “King of the Air” took place again in 2013. Since then it has been held every year and attracts numerous kitesurfing enthusiasts. In 2020 it will take place for the eighth time and for the first time in its history, a woman, Angely Boullot, will also take part.

May the best kitesurfer get the title!

A total of 24 competitors will compete and demonstrate their talent in six rounds. The event is additionally divided into two parts – the preliminary round and the main round. The top six surfers from the previous year are automatically qualified for the main round, which starts in the third round. In the first two rounds 18 surfers will compete against each other before only 12 competitors will enter the third round. The 18 surfers qualified through video entries, two wildcards and the “Fly to Red Bull King of the Air Qualifier Series”. The main round will take place on Kite Beach and will be streamed live on Red Bull TV. Last year’s winner Kevin Langeree from the Netherlands will also be back at the start.

These tricks from the “King of the Air 2019” are breathtaking! (Source: YouTube / SurferToday)

For the eighth time the Kite Beach in Cape Town will be the scene of breathtaking stunts at dizzying heights! Until February 16th you can watch the most talented kitesurfers from all over the world and the highlight: Angely Boullot shows that women can very well keep up with men. She is the first female kitesurfer to compete in the “Red Bull King of the Air”!