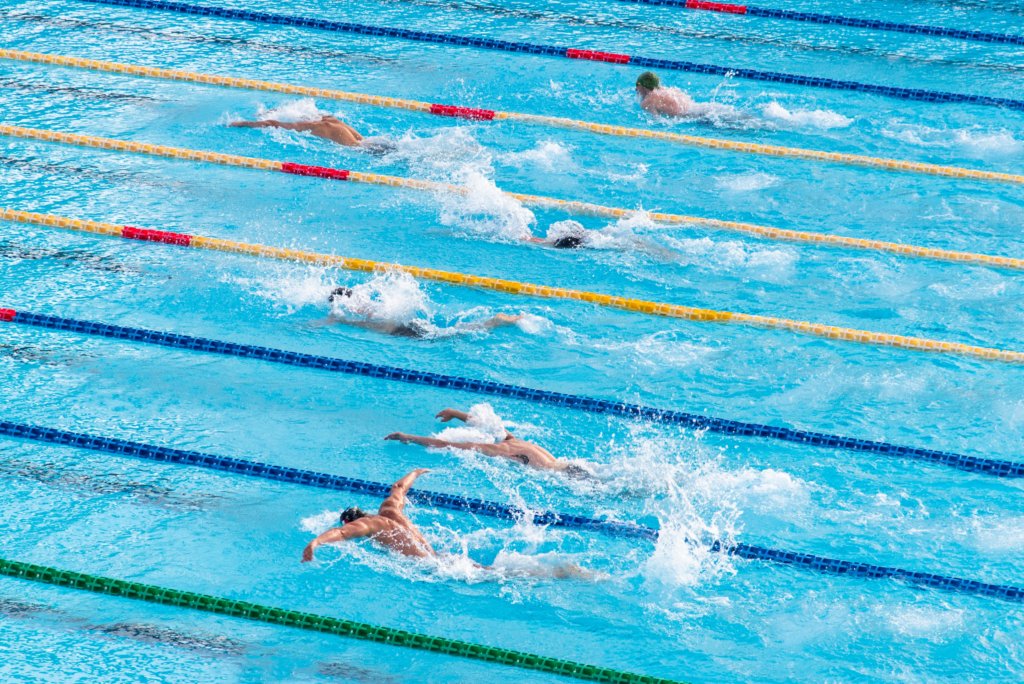 Since the end of the glorious years of Franziska van Almsick and Paul Biedermann, no body was able to live up to the expectations. But the next generation of swimmers is already in the starting blocks and is just waiting to go on the medal hunt.

In the past, it was all too often criticized that the glory years of the German swimming team are over. Too often, German athletes came home empty-handed after competing at international events. But that’s over now. The next generation of young German swimmers is already in the starting blocks, hungry to grab medals.

The current shooting star in the German swimming squad is Florian Wellbrock. The 24-year-old from Bremen currently represents the successful change in the DSV team, which was unable to make a splash at the Olympic Games in London and Rio. His disciplines mainly include longer freestyle distances and competitions in open water. The young athlete achieved his greatest success in 2021 when he set a new world record in the 1500m freestyle on the short course.

Most recently, Wellbrock was able to demonstrate his top form at the swimming world championships in Budapest. He won a total of five medals during the two-week sporting event, setting a new record for the German swimming federation. In addition to individual medals, he became a two-time world champion together with the open water relay team.

Next to his training partner Florian Wellbrock, Lukas Märtens often seems like an underdog. But there is no reason to remain in Wellbrock’s shadow, because Märtens has already proven that he can keep up with the international competition. Since Tokyo 2021, he has stood out with ever-improving performances. In the beginning, for example, he almost broke Paul Biedermann’s world record in the 400m. The biggest highlight of his young career so far came at the World Championships in Budapest 2022 when Märtens won the silver medal in the 400m crawl.

There’s also a lot going on with young female athletes. After the Steffen/van Almsick era, it is now Anna Elendt who is making a name for herself with great successes. The 21-year-old not only shines at national level with numerous records, but now also in international competitions. Her greatest success came most recently at the World Championships in Budapest, when she won the silver medal in the 100m breaststroke. At the same time, winning the silver medal is also a historic event, because the last time a German swimmer won a medal at this distance was in 1991.

The move to the University of Texas in 2020 is also likely to be crucial to her success. Under coach Carol Capitani, she enjoys ideal training conditions and can concentrate on her sport alongside her academic career.

Florian Wellbrock’s partner is considered one of the strongest German swimmers and is always a guarantee for medals. At the last European and World Championships, Wellbrock was particularly successful in the long distance freestyle. Her greatest success came at the 2021 Olympic Games in Tokyo when she won the bronze medal in the 1500m freestyle.

Wellbrock decided against competing at the World Championships in Budapest this year due to her final exams in law.

Of course, there are many more young swimming talents waiting in the wings. The successes achieved so far since the last Olympic Games raise hopes that the German swimming squad will be strengthened again.

If you want to see the German swimmers live, you will have the opportunity during the European Championships. More information can be found on the website.