Your Fitness-Trends: ISPO 2016 in the fast track 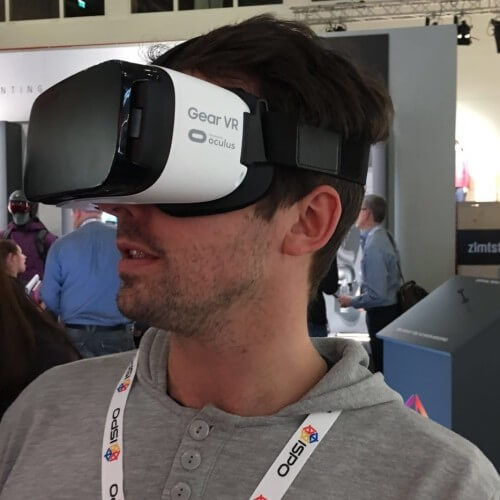 Innovative fitness gadgets, impressive wearable trends and a great portion of VR-glasses. I will present you, what trends established were fixed on the ISPO 2016 and who were the finally winner of the ISPO awards.

Fitness can no longer be equated with only functional garments. A good example for this: the international trade fair for sports clothes and gadgets (short: ISPO) in Munich.

The fair took place from the 24th to the 27th and me and my IBS Team were on site every day. Here you will get a quick overview and learn about  the most important fitness trends and news.

The famous supplier Matrix has proved again, why his exercise equipments are so popular for years now. This year their new Product “In-Trinity” won the ISPO award in the “product of the year” category.

Actually, In-Trinity is nothing more than a sloping surface. With specific workouts and special grips you are going to sweat more than you think. I tried out doing Yoga on the board and realized that such a small wooden board can be more challenging than you would expect.

During this year’s ISPO there was hardly a tech-supplier that hadn’t experimented with virtual reality glasses. Actioncam-pioneer GoPro showed some fantastic shots with their own cameras on the digital glasses. Put a Samsung Gear VR on your nose and you were in the middle of some skiing race or on a surfboard busy conquering some huge waves – amazing!

Anyone who is not amazed by the VR-glasses, will definitely not get around the next trend. 2016 is going to be the year of smartwatches and fitness-wearables. Garmin, fitbit and wearable-exot TomTom were the hyped newcomers, that presented their new line-ups at the ISPO.

However, a no-go was the fitbit blaze. The clumsy wanna-be Apple Watch rather looked like an immature tamagotchi than a stylistic smartwatch. 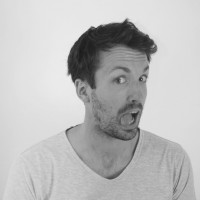 The ISPO evolves from a merely winter fair to a market place for fitness suppliers and manufacturers. One disadvantage is that big producer like Burton left the surface. This is a shame, but all the innovative ISPO trends are more tech, instead of the classic functional garments. The topic “virtual reality” is fully present when it comes to fitness. Also wearables and smartwatches gain momentum. The technical gadgets develop from a simple fitness-tracker to a personal trainer with exercises, training and personal advices.

The main points of the program and features of the ISPO 2016:

Fitness fanatics, tech-lovers and fashion victims are the main target groups of the ISPO. Combine all three and you will get the classical ISPO visitor. The fitness fair has become quite popular the last years. Tech meets Sports and this brings us to exciting and innovative products.

Spikeball is the trend sport in recent years. With

Basketball is one of the most popular sports in th

Golf is a popular sport worldwide. Not only for pr

Field hockey is a really popular sport with long t

You want to do sport with your friends? Go golfing