Team FlyStation battles in Munich for the German Championship

On March 29th and 30th more than 56 teams competed for the title at the 2nd German Indoor Skydiving Championships in Munich. The team “FlyStation MUC4” crowned itself German Champion in the discipline Dynamic 4er.

With a total of eight disciplines and a strong field of participants, the flying acrobats last weekend provided excitement and a spectacular competition for the title of “German Indoor Skydiving Champion”. The team competed against each other individually (solo), in teams of two (2way) or even four (4way). Each team competed up to ten times and impressed the audience with breathtaking choreographies and formations in a glazed wind tunnel with up to 300 km/h wind speed.

Of course there were many well-known faces of the skydiving scene on the competition weekend. Also the FlyStation Munich started in three disciplines and could even secure the well-deserved title as team “FlyStation MUC4” in the supreme discipline Dynamic 4er.

Four of them in a narrow wind tunnel, upside down and with formation changes that are hardly visible to the eye. The whole level of the competition was very high and all teams showed extremely strong performances on both days. Nevertheless, there can only be one winner at a time.

Due to a perfectly coordinated and rehearsed flight show, the four-man team of the FlyStation Munich took the lead and could finally convince the judges with their impressive performance. With a score of 58.688 the team members of the “FlyStation MUC4” left the competitors behind and became the well-deserved German Indoor Skydiving Champion in the discipline Dynamich 4er. 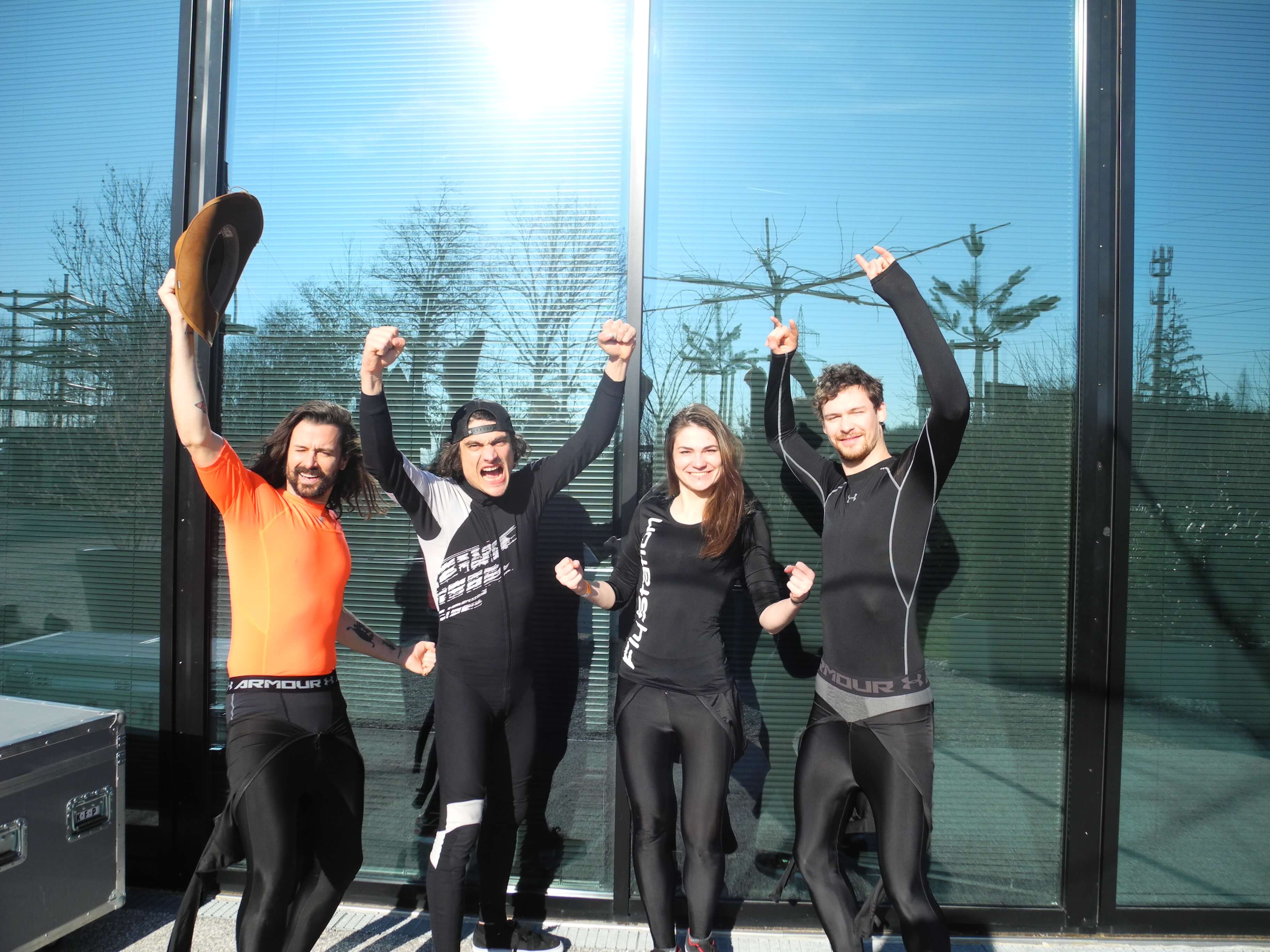