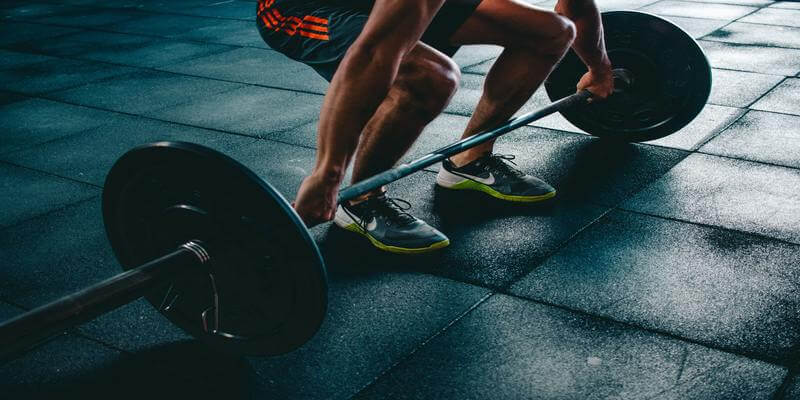 The new muscle regeneration method: Muscle Flossing! The method should help stressed muscles to regenerate faster and more effectively than the conventional fascia roll. So far Muscle Flossing is not too well known amongst athletes, but this will certainly change soon. We will introduce you to what Muscle Flossing is, how it is used and what the advantages of the method are.

What is Muscle Flossing?

The regeneration method originally comes from the areas of CrossFit and bodybuilding. For this purpose, a latex elastic band is wrapped tightly around the affected muscle or joint, similar to a normal wound dressing. After attachment, the athlete performs certain exercises to move the joint in its full range. Compression improves mobility, reduces pain and accelerates regeneration.

How does it work?

But be careful! Muscle Flossing should not be used without physiotherapeutic care, as there is a high risk of injury. Only after some time may the athlete put on his own hand. Areas that may be wrapped are: Elbows, shoulders, knees, ankles, biceps, triceps, the back and front thigh muscles and the calves. Other areas such as the neck, chest, back, groin or abdomen should never be used for muscle flossing.

Before the actual flossing, one should first become aware of which areas of the body have been particularly stressed and may even hurt. Starting from the top, the area is wrapped around and at the end, the loose part of the band is well fixed. It is important to make sure that the ligaments always overlap at least half of each other. The aim is to achieve a tight compression without influencing the blood circulation.  A good guideline is that the band should only be half its original size after wrapping. In addition, the more often you floss, the more the tension has to be increased due to the improved mobility. After wrapping, the joint must be fully moved for 30 seconds to two minutes. The rubber band is then removed again and the joint is moved again to judge whether the whole thing should be repeated or whether it is possible to move to the next area.

What are the advantages?

The flossing may feel uncomfortable, but it should never cause pain. Only when the blood circulation is still intact can the flossing achieve these benefits of improved mobility and accelerated regeneration.
Since the compression exerts pressure on the fascia, myofascial release occurs. This eliminates scar tissue, adhesions and knots, thus improving mobility and reducing pain.
The accelerated regeneration starts exactly when the ligament is removed. The compression reduces blood flow, but once the compression is no longer present, the blood flows back into the joints and muscles to supply them with nutrients and oxygen. This process therefore has a much stronger effect than not using a regeneration method at all.

This is how Muscle Flossing works. (Quelle: YouTube / WODFitters)

Blackroll is not the only regeneration method that has many positive effects. Muscle Flossing is even said to cause a faster and more effective regeneration than Fascial Flossing. It also improves mobility and relieves pain. Sounds good? It’s worth trying!