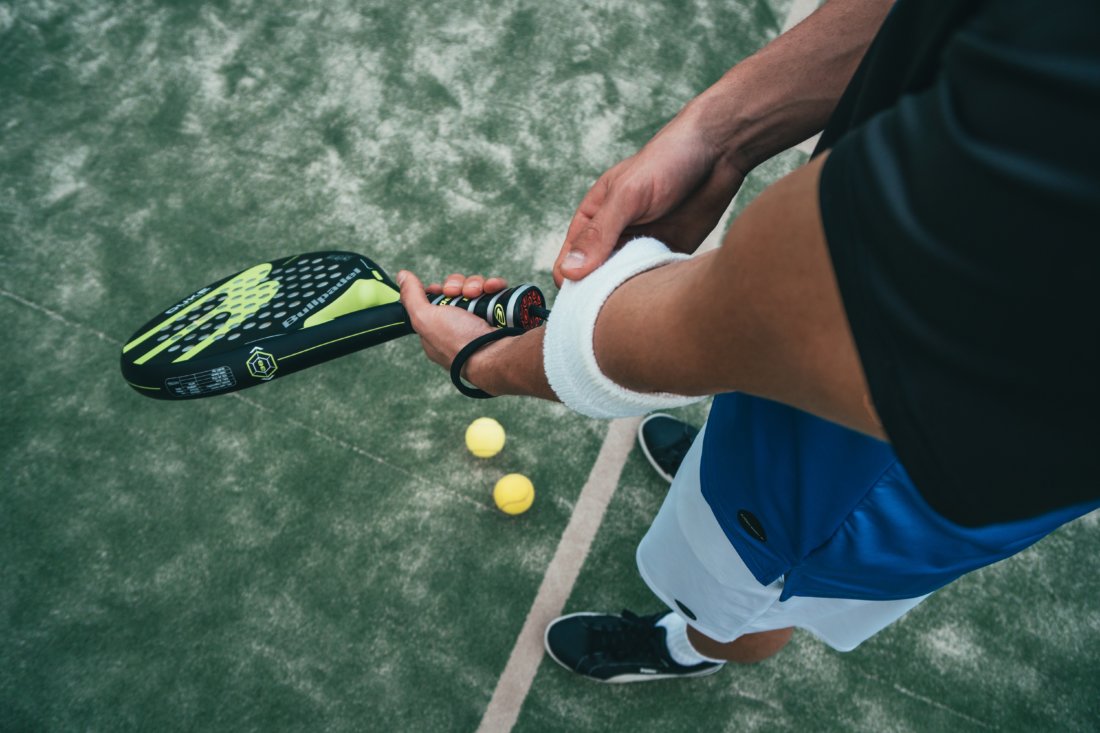 Padel tennis sounds strange at first, but it is a modern sport with a lot of fun. It is a mixture of squash and tennis, with a lot of similarities with tennis. Even for beginners, padel can be learned quickly. Simple rules, handy rackets and a short familiarization period contribute to being able to perform long rallies after just a few strokes.

Padel tennis is a racket sport played as doubles. The sport can be played both indoors and outdoors. The court is 10×20 meters and is surrounded by a wire fence and glass walls. The two teams are separated by a tennis net. Similar to regular tennis, white lines mark the service courts and boundaries. During the game, it is allowed to include the walls in order to give the ball a new direction and thus trick the opponent.

Padel tennis has the same counting system as tennis. So the game consists of six games, and it takes a lead of at least 2 games to win the set. Whoever wins two sets first is the winner. If it comes to six to six in a set, a tie-break is played.

Once the ball is in play, it must always hit the ground first after crossing the net before touching the walls. Exceptions are the volleys, which are always allowed, except for the return from the serve. After one or more touches on the wall, the ball must be returned before it touches the ground a second time.

Just like in tennis, the ball may only touch the ground once on your own side. The same applies to playing against the walls. Funnily enough, the ball is allowed to hit the opponent’s ground so hard that it subsequently flies off the court. The opponents are then allowed to leave the court and try to play the ball back into the opponent’s field.

It is played with so-called padel rackets. They do not have a string, but a smooth plastic surface, which is wound with an unlimited number of holes, so that the air resistance is lower.

The paddle balls look the same as tennis balls, but still differ. Paddle balls are smaller, heavier and have less internal pressure. This makes them slower and they don’t bounce as high.

In Germany there is no league operation or competitions to participate in. This is due to the lack of production of the courts, as it is difficult and expensive to build a court in Germany. There are single courts spread all over Germany. Despite this, you can try paddle tennis with your friends and discover a new hobby for yourself.

Even if you’re unsure, give it a try! Maybe you’ll discover a new favorite hobby of yours.