Hyrox – the new trend sport with a “strong” community 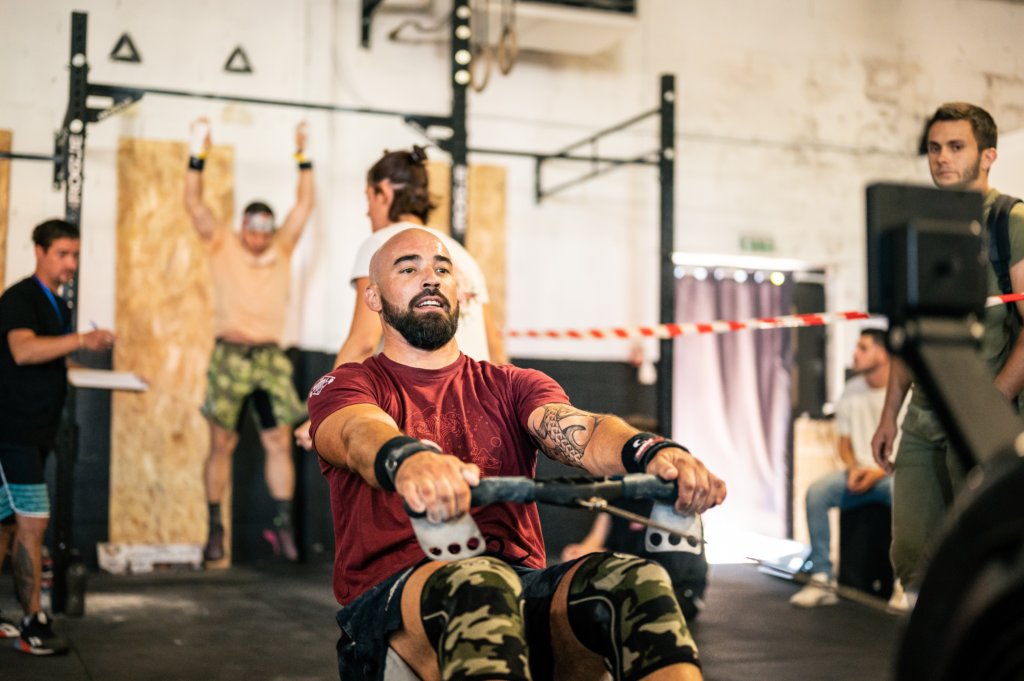 The trend sport Hyrox offers the perfect combination of endurance and strength. With a strong community, various events and even world championships are held worldwide.

In order to build up a basic set of endurance, it will take some longer conditioning sessions. But what if you could combine weight lifting and conditioning sessions? That’s exactly what the new trend sport “Hyrox” does. If you want to know more about the new fitness trend, feel free to keep reading this article.

After his active career as an Olympic field field hockey champion, Moritz Fürste was far from being done with sports. In 2017, he launched the new sport Hyrox together with event expert Christian Toetzke and Michael Trautmann. At the time, the city of Hamburg was applying to host the Olympic Games. After the bid failed, the three inventors were motivated to establish a completely new sport on the market. The goal was to eventually take it all the way to the Olympics as a global movement.

Not a surprise that the first competitive event format in the fitness sector took place in Hamburg. It was important for the founder to create a sport for everyone. But what exactly is Hyrox and what kind of sport activities does it include?

Hyrox offers the perfect combination of endurance training and strength units. Throughout the competition, 8 different fitness exercises are being performed in a so-called Roxzone. In addition every athlete has to go on a one kilometer long run after completing one of these 8 fitness exercises.

Hyrox in a nutshell

Hyrox consists of eight disciplines and a 1,000-meter run which has to be completed after each exercise.  The other exercises are:

The level of difficulty depends on age, gender and level of training. A total of eleven age groups and three different levels of difficulty are being offered. The weight of the strength exercises varies. Those who enjoy to compete as a duo can sign up for the DOUBLE categories with their training partner.

This way, anyone interested can take part in the competition, but be careful: you still need practice before participating. Anyone who has ever run 8km at a stretch knows it’s not as easy as expected. Since there is also a strength exercise after each kilometer, you have to pace yourself in order to save your energy for the rest of the event. Fitness experts recommend that you start your training four weeks in advance in order to well prepared.

Trend sport at international level: Hyrox around the world

The season is underway. In 2021, the HYROX season of the trendy sport started on September 11. The HYROX WORLD SERIES OF FITNESS is touring 20 cities around the world. The competitions take place in huge exhibition halls all over the globe. The entry fee for participation in a Hyrox competition is 79,00 €.

In the meantime, up to 2,500 participants have registered for the events. To avoid congested race tracks, 30-40 participants start at intervals of 10 minutes. A race lasts an average of one and a half hours. The winner is whoever finishes the race in the fastest time. But what makes Hyrox different from other fitness challenges? It is definitely the overall package.

Participants are encouraged to bring as many friends and enthusiasts as possible. The atmosphere is exploding, loud music is blasting from the speakers and participants can expect lots of extras such as a running shirt, a goody bag and many other gifts sponsored by partner companies.

Those who do particularly well have the opportunity to qualify for the World Championship in Hyrox. This will take place next year on May 14 in Las Vegas.

Got the urge to take your weekly jog to the next level? The upcoming Hyrox competitions are already ready for you and waiting for your participation. On 06.11.2021 the trend sport came to us in Germany. In Stuttgart musclemen and hobby runners competed against each other. Maybe you’ll be at the start next time.

Do you know the best trekking tours?! . #repost p

Water Hockey is a new trend sport. Let's have a tr

Do you know the sport chess boxing? It's a mix bet

You want to do something with your friends? Go bou

Lately, one trend in particular has been the cente

If there’s one winter sport that Germans love to

Finally ready for summer and the beautiful nature