How to achieve your goals by slow jogging 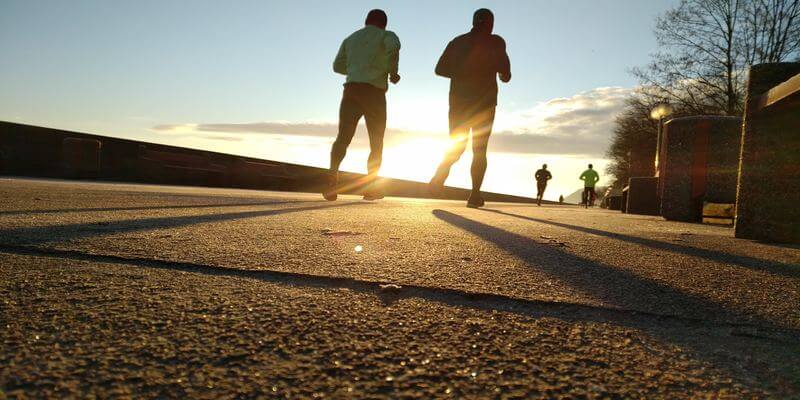 How does slow jogging work?

The characteristic that makes Slow Jogging so unique is the special combination of walking and running. A Slow Jogger should be able to walk at least 180 steps per minute. The sport is also suitable for all ages and fitness levels, as it is extremely easy on the joints and well suited for beginners. The special thing about slow jogging is that first the middle feet should touch the ground – this distinguishes the trend sport from ordinary jogging, where first the heels touch the ground. In this way the hips, knees and spine are hardly stressed. In addition, it is advisable to wear shoes with light, flexible shoes that additionally reduce the load.

Just like normal running, slow jogging strengthens the cardiovascular system and prevents disease. It is also a good way to incorporate more exercise into your everyday life and cope with stress.

Amazingly, both types of running burn the same amount of calories, on the condition that you have to run longer during slow jogging. Thus, both running techniques prove to be very effective. But how much energy is actually consumed also depends on other factors such as weight and gender.

It should also be added that during slow jogging, hormones that trigger happiness are released after only 30 minutes, which have an effect at the same spot as the active ingredient cannabis.

The trend sport from Japan has not yet penetrated Germany, but this will certainly be the case in the near future. In any case, slow jogging is worth a try.

Slow jogging burns few calories and is boring? Wrong! The new trend from Japan is called Slow Jogging and is super effective. Burn as many calories in slow running as in traditional running by simply taking more time for a jogging session. Grab your running partner and find out for yourself the advantages of the new running technique.