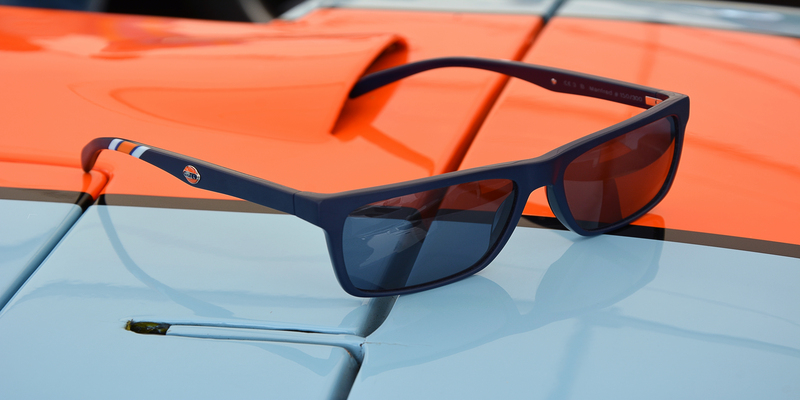 The name GULF is known to every motor sports enthusiast. But the story behind the development of the brand often fades into the background. From the beginnings of the brand as a lubricant manufacturer to the commitment to racing and the first sunglasses collection. Our InspiredBySports expert GULF Eyewear manages to assert himself in the lifestyle sector. The commitment of the GULF brand is very versatile and this is exactly what makes the products so unique.

From GULF OIL to GULF Eyewear

GULF Racing and the brand’s own colours blue-orange are an integral part of the history of endurance racing and are still represented there today. How did this success come about?

The company GULF OIL, founded in 1901, originally produced fuels and lubricants. However, it only gained worldwide attention through its involvement in racing from 1967 as a sponsor of the John Wyer Automotive teams. From then on GULF Racing hurried from success to success. The famous GULF Porsche 917, for example, was named world sports car champion for two consecutive years and even conquered the cinema screens with the film “Le Mans” starring Steve McQueen. At the same time, GULF developed into a lifestyle brand in a wide variety of professions.

This is how the eyewear brand GULF Eyewear was created.

The target group of GULF Eyewear is primarily racing fans of the GULF brand, but also people with a preference for high-quality sunglasses. GULF Eyewear pursues the goal of constantly expanding and further developing its product range. High quality and customer satisfaction are particularly important. 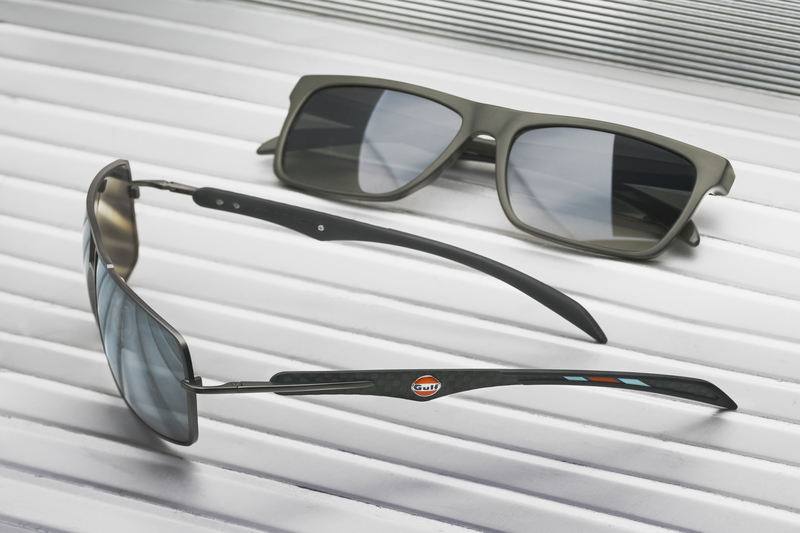 Design, material selection and technology of the GULF sunglasses reflect the connection between the brand and the myth GULF. Currently the range consists of four different models in three colours each. There are also various visuals, such as posters, decal banners, etc. Among other things, the sunglasses are characterised by elements in real carbon and their high-quality sun protection glazing of optical quality class I (Güteklasse I ). The sunglasses are available in four different colours.

The limited sunglasses can also be easily glazed by an optician with lenses of individual prescription.

What brand ambassadors does Gulf Eyewear have?

Successful racing drivers of the past shape the image of the brand. The current models were named after the racing drivers James “Jim” Clark Junior, Lorenzo Bandini, Joseph “Jo” Siffert and Manfred Winkelhock. All models will continue to be named after racing icons in the future. Current influencers are the drivers of the GULF racing team Mike Wainwright, Alex Davison and Ben Barker.

In addition, the level of awareness among opticians and dealers from the motorsport and automotive sectors is to be further increased. For this reason, GULF Eyewear can be found at various trade fairs and festivals, such as the Classic Days motor festival at Schloss Dyck.

With the implementation of a sunglasses collection, the motorsport brand GULF manages to prove itself in the lifestyle sector as well. GULF Eyewear wants to leave its competitors behind with its special design.