Advanced technology – How the wind tunnel taught people how to fly 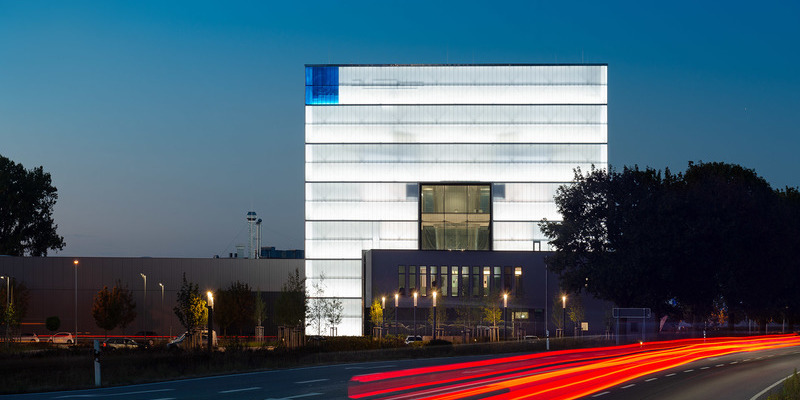 Experience the feeling of free fall without having to jump thousands of meters above the ground from an airplane. In indoor skydiving, you fly in a circular glass flying chamber in which powerful fans with wind speeds of up to 300 km/h let you float like a bird in the air.

Gliding through the air with nothing but your own body. The dream of flying is probably as old as mankind itself. People have always looked up into the sky and wished they could glide weightlessly through the air like a bird. Thanks to advanced technology and the most modern equipment, today we come closer to this dream than ever before.

Indoor Skydiving is a new trend sport that is practiced in specially developed tubes. You float in a vertical wind tunnel, which allows you to fly like a bird in the air with an artificially generated airflow of up to 300 km/h. 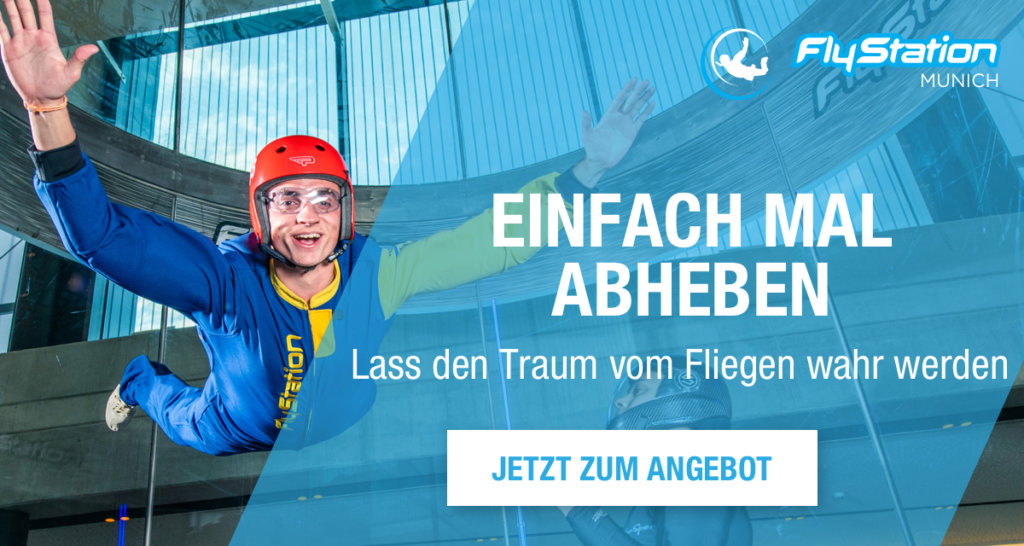 FlyStation Munich – A look behind the scenes

Bodyflying means to move the human body in controlled form in the air. In order to make this possible, it naturally needs specially developed facilities, which are equipped with the latest technology and with a little bit of physics in order to safely and easily transform the human body into an ideal flying object.

The wind tunnel of the FlyStation Munich is built with a strong focus on durability, reliability and safety. Routine maintenance and ongoing check-ups of all systems are carried out regularly to provide guests with the best possible flight environment. Designed and manufactured by Tunnel Tech, the FlyStation Munich vertical wind tunnel offers the ideal environment for professional sports and leisure.

Specifically, the turbine type is a double-circuit closed vertical windtunnel. This type of flight chamber has a ring-shaped air duct (so-called Göttinger design) in which the air flow absorbed by the diffuser is fed back to the fans. The advantage of such a closed system is its independence from wind and weather. The temperature inside the flight chamber is manually controlled and kept at a comfortable level between 21 – 25 degrees. This means that the system can be used throughout the year without any problems. 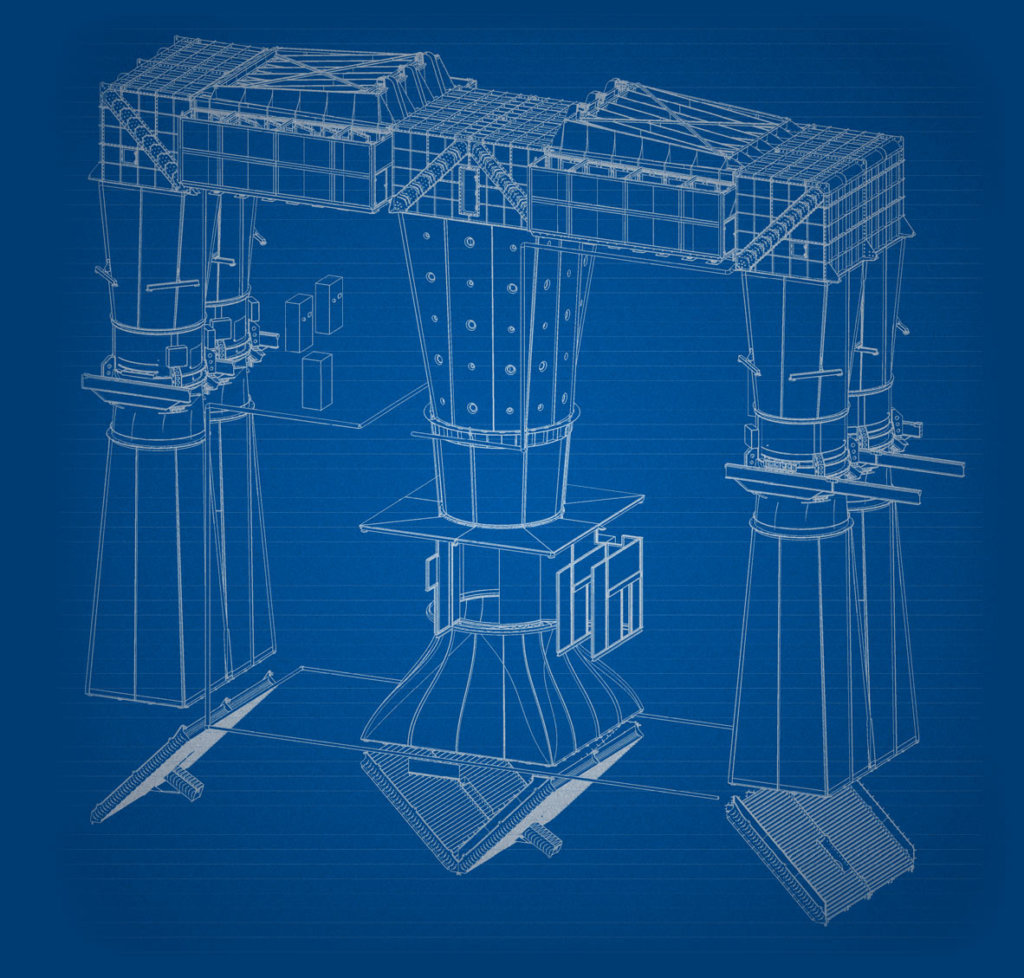 The flight chamber in the FlyStation Munich, the area in which you fly, is 19.6 metres high and has a diameter of 4.5 metres. A perfectly round glass tube made of 40 mm thick multilayer glass with anti-reflective coating enables the flight manoeuvres of friends and family members to be viewed comfortably from the outside. The waiting area directly in front of the wind tunnel is equipped with a sluice door which ensures the necessary pressure equalisation and thus keeps the wind within the intended flight area. LED strips on the eight metre high glass tube illuminate the wind tunnel and can be adjusted to any colour and brightness.

The air flow is generated by four powerful axial fans driven by electric motors with a total output of 1,600 kW. Turning vanes directs the wind into the flight chamber and forms a vertical column of air with a maximum speed of more than 300 km/h. The technology in the FlyStation Munich wind tunnel eliminates even minor turbulence, giving guests an authentic free fall experience. The speed of the airflow is checked and controlled at all times by an instructor, the so-called “controller”. A trained flight instructor is always at your side during your flight and communicates with the controller using special symbols to adjust the speed of the airflow according to the requirements of the situation.

Indoor skydiving in a vertical wind tunnel is a safe and easy way to experience the thrill of real flying. Two minutes in the FlyStation Munich wind tunnel corresponds to a free fall time of two parachute jumps from an altitude of around 5,000 metres. So if you want to fulfil your dream of flying, you have the opportunity to glide through the air like a bird in an absolutely safe environment thanks to state-of-the-art technology and innovative facilities such as the wind tunnel in the FlyStation Munich.